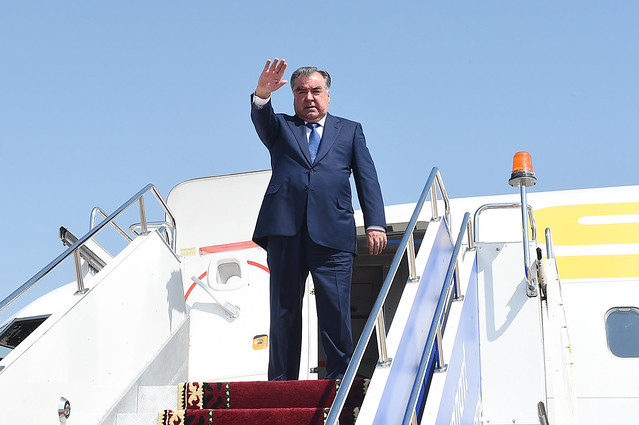 The Founder of Peace and National Unity — Leader of the Nation, President of Tajikistan Emomali Rahmon left for Uzbekistan to participate in the meeting of the heads of states of the Shanghai Cooperation Organization.

He was seen off at the Dushanbe International Airport by the Сhairman of the National Assembly, that of the Assembly of Representatives, Prime Minister, and the First Deputy Chief of Staff of the Presidential Executive Office, among other officials.

The Minister of Foreign Affairs, Assistant to the President for Foreign Policy Issues, Minister of Economic Development and Trade, Minister of Transport, and other officials are part of the delegation accompanying President Rahmon on his visit.

Message of congratulations to the Founder of Peace and National Unity, Leader of the Nation, President of the Republic of Tajikistan, His Excellency Emomali Rahmon