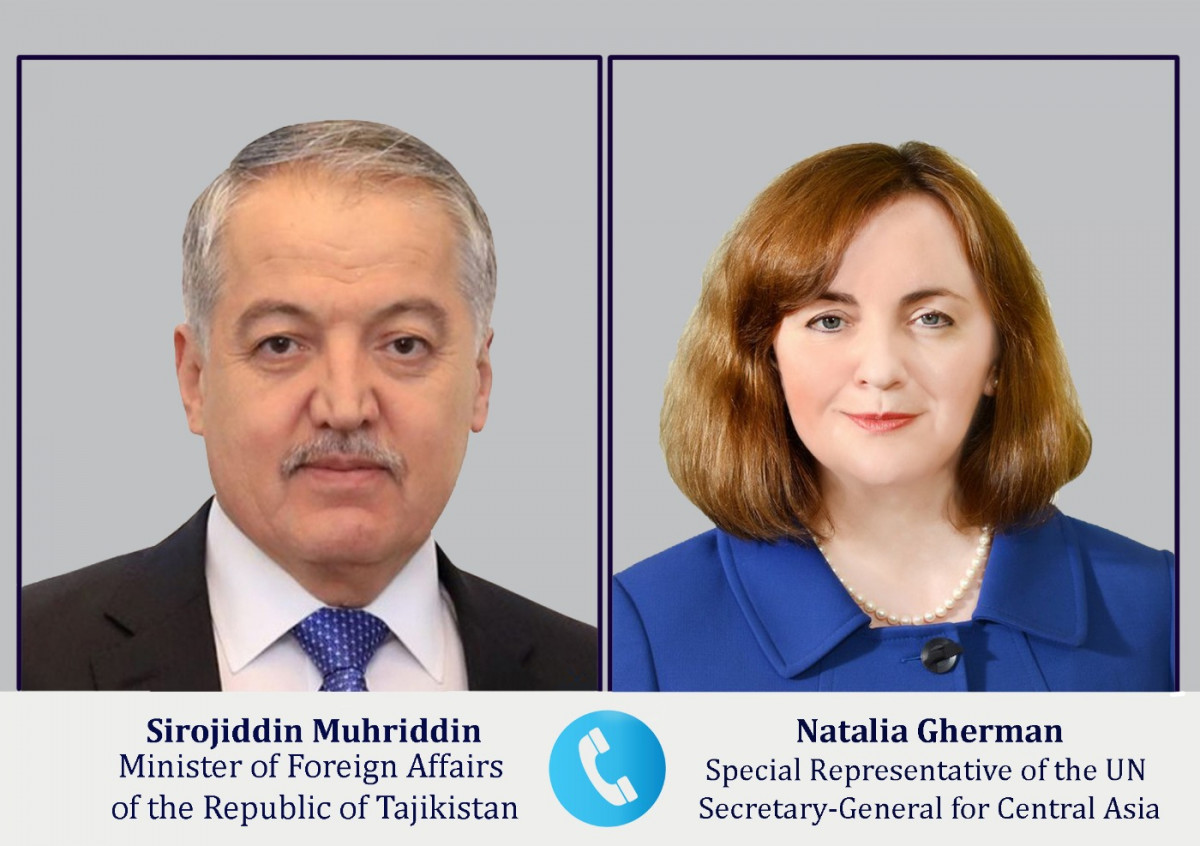 On April 30, 2021 a telephone conversation of the Minister of Foreign Affairs of the Republic of Tajikistan Mr. Sirojiddin Muhriddin with the Special Representative of the UN Secretary General for Central Asia, Head of the UN Regional Center for Preventive Diplomacy for Central Asia (UNRCCA) Ms. Natalya Gherman on the situation in Tajik-Kyrgyz border was held.

During the conversation the Minister of Foreign Affairs informed the Special Representative about the situation on the line of the state border of Tajikistan and the Kyrgyz Republic, including the ceasefire agreement and the intention of the parties to resolve the situation through negotiations by using political and diplomatic tools. In this regard, noting the importance of a telephone conversation between the leaders of Tajikistan and Kyrgyzstan for resolving the situation on the state border, as well as meetings of prime ministers, contacts of foreign ministers and heads of special services of the two countries, the need to observe the ceasefire was stressed. At the same time, the Foreign Minister expressed Dushanbe’s strong commitment to progressively resolve this issue through negotiations and mutually acceptable formulas based on national interests.

The Special Representative of the UN Secretary General welcomed the agreements between the parties on a ceasefire and the signing of the Protocol on the settlement of the armed conflict in the border areas of Tajikistan and Kyrgyzstan, and in this context, she highlighted the contribution of the Tajik side to this process and the wise policy of the Leader of the Nation, President of the Republic of Tajikistan H.E. Mr. Emomali Rahmon. It was reported that the UN Secretary General is closely following the developments on the border between Tajikistan and Kyrgyzstan and is pleased with the proclamation of the ceasefire. In this context N. Gherman reported on the readiness of the UN Secretary General to assist in a peaceful solution of the situation that had arisen.

At the end of the conversation the parties discussed issues of cooperation between Tajikistan and the UN in areas of mutual interest.