Swearing-in of a New Government of Tajikistan 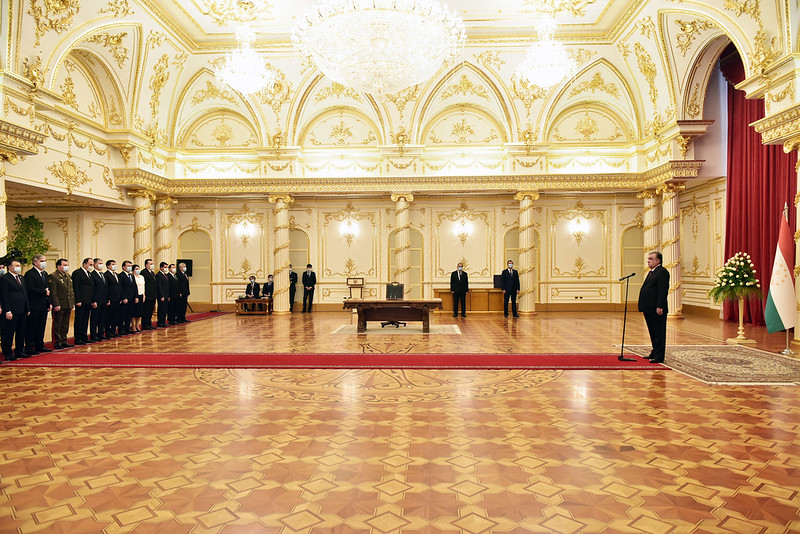 DUSHANBE, 15.12.2020 (NIAT Khovar) – The Prime Minister and his deputies, ministers and the chairmen of state committees took their oath of office during the swearing-in ceremony at the Palace of the Nation before the President of Tajikistan Emomali Rahmon.

In accordance with Article 73 of the Constitution and Article 8 of the Constitutional Law of the Republic of Tajikistan after being appointed by the President and approval of the decree at a joint session of National Assembly and the Representative Assembly, government members take an oath before the president.

Following the ceremony, President Rahmon told the officials to faithfully and conscientiously serve the people and the Motherland.

Virtual meeting with the Secretary-General of the World Meteorological Organization