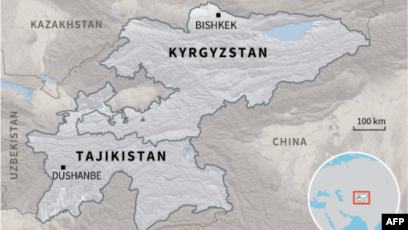 The Ministry of Foreign Affairs of the Republic of Tajikistan notes with extreme concern the cases of harassment, intimidation, discrimination and persecution of Tajik citizens and ethnic Tajiks residing in Kyrgyzstan in recent days.

On September 18, 2022, the staff of the State Committee for National Security of the Leninsky district of Bishkek, under the pretext of a scheduled inspection of documents, seized the passports of the Negmatovs family, citizens of the Republic of Tajikistan, with a view of forcibly deporting them from Kyrgyzstan.

On September 18, 2022, strangers broke the windows and painted the body of a car belonging to Mr A. Khamdamov, a citizen of the Republic of Tajikistan temporarily residing in Bishkek.

On September 19, 2022, Mr A.M. Aliev, a citizen of the Republic of Tajikistan was seized in his house by the Kyrgyz police without any ground and taken to the Department of Internal Affairs of the Leninsky district of Bishkek. During the interrogation, which lasted for 9 hours, physical violence was applied against A.M. Aliyev. He was released after extorting 15,000 Kyrgyz soms. The passport of A.M. Aliyev’s mother remains at the disposal of the Kyrgyz police officers.

On September 19, 2022, four citizens of Tajikistan studying at the Institute of Aviation of Kyrgyzstan, after being interrogated using methods of moral pressure by employees of the State Committee for National Security of Kyrgyzstan, were forcibly deported through the Ak Zhol – Kordai checkpoint of the Kyrgyz-Kazakh border.

According to reports, law enforcement agencies of Kyrgyzstan are planning to deport more than 500 students – citizens of the Republic of Tajikistan, studying in higher educational institutions in Osh province.

Pressure and threats continue against citizens of Tajikistan temporarily working on the territory of Kyrgyzstan with a view to forcing them to transfer funds “to help the victims of Batken”.

It is of extreme concern that on the evening of September 18, 2022, an unknown person, presumably aged 35, attempted to break the door of the residence of the Ambassador of Tajikistan in Kyrgyzstan, while shouting threats and obscene words against Tajikistan.

Such ethnicity-based discrimination against Tajiks occurs at a time when the Ministry of Internal Affairs of Kyrgyzstan falsely claimed on September 20 that “the statement disseminated by the Tajik side is not true and not evidenced”.

The things happening in Kyrgyzstan fundamentally contradict the provisions of the Joint Statement of the Consultative Meeting of the Heads of State of Central Asia, in particular paragraph 25 of the document, which states “the need to ensure the protection of the rights and interests of citizens, including those engaged in temporary labor activities, to provide them with legal, social and advisory assistance ” (Cholpon-Ata, July 21, 2022), and which was signed by the President of Kyrgyzstan as well among other presidents.

Tajikistan also calls on Kyrgyzstan to provide adequate security for the Embassy of Tajikistan in Bishkek, its employees and their families in accordance with the commitments of the host country arising from international law.

Briefing on the events on the Tajik-Kyrgyz border