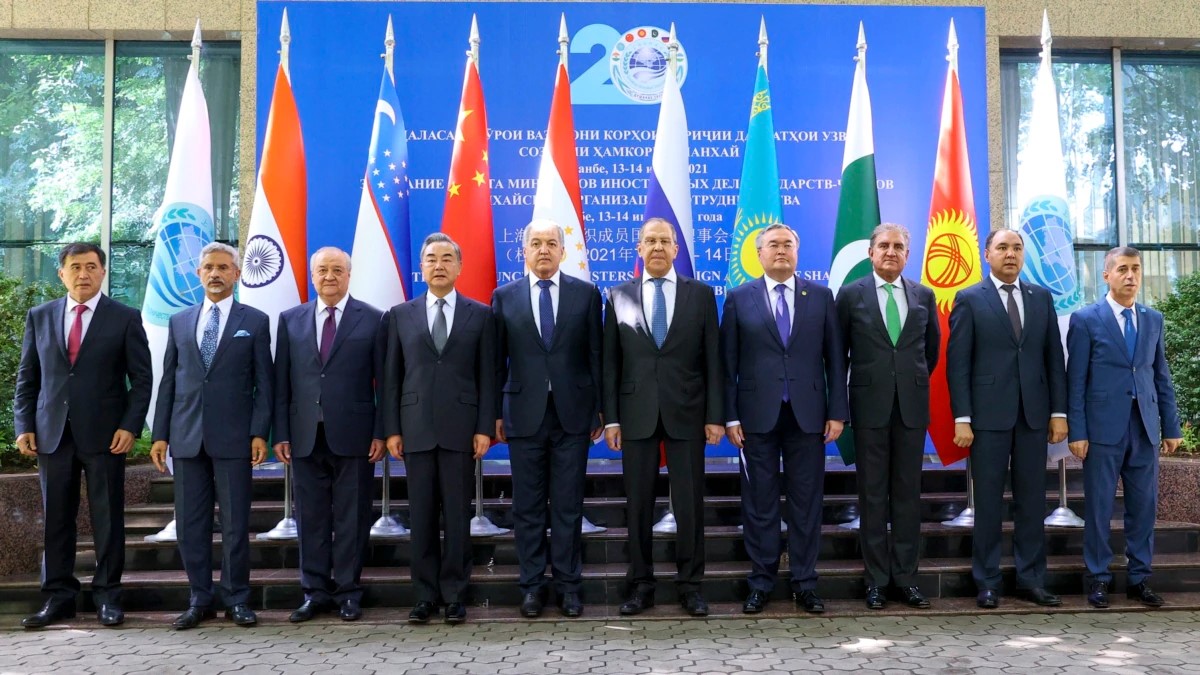 On 13-14 July 2021, Dushanbe hosted the Shanghai Cooperation Organization (SCO) Foreign Ministers Council (FMC) Meeting chaired by the Minister of Foreing Affairs of the Republic of Tajikistan H.E. Mr Sirojiddin Muhriddin. The SCO FMC meeting became a key event towards the SCO jubilee summit to be held in Dushanbe on 16-17 September 2021.

Prior to their meeting the foreign ministers were received by the President of the Republic of Tajikistan, Chairman of the SCO Heads of State Council, H.E. Mr Emomali Rahmon.

The meeting participants stated that the SCO, having relied on the ‘Shanghai Spirit’, during the two decades established itself as a reputable intergovernmental organization of a new type and powerful part of the international relations system.

The ministers agreed that joint work on the progressive advancement of all issues on the multifaceted agenda of the SCO contributes to strengthening the development of the Organization and increasing its international reputation.

During the meeting, they noted that in accordance with the SCO Main Events Plan, as of today, over 50 events, including seven ministerial gatherings have been held by various SCO mechanisms of interaction.

In this context, the Ministers expressed their readiness to cooperate closely to hold nearly 30 other events of the SCO bodies, including 12 at the level of heads of ministries and departments at a high substantive level by September of this year.

The heads of delegations noted that in preparation for the Dushanbe meeting of the Council of Heads of State, it is extremely important to follow all anti-epidemic requirements.

The Tajik side informed the participants that according to the decision of the Organizing Committee, all persons, without exception, involved in the preparatory work for the summit, have been or are being vaccinated in a mandatory manner.

During the meeting, the Ministers stated that sustainable development in the SCO space is impossible without ensuring an adequate level of security. The Ministerial Council signed a resolution to submit to the Dushanbe summit the updated SCO Program of Cooperation on countering terrorism, separatism and extremism (2022-2024).

The SCO Ministerial Council attached special attention to the situation in Afghanistan. Profound concern was stated at the prospect of deterioration of the situation in that country as a result of the withdrawal of the coalition forces.

The heads of delegation discussed issues of further stronger economic cooperation. The ministers adopted as a basis the Plan of Joint Measures to overcome the negative socio-economic consequences of the COVID-19 pandemic.

The cultural and humanitarian dimension was in the center of attention of the ministers.

The delegated for the first time in the history of the Organization negotiated the Regulation on the SCO Anthem initiated by Tajikistan.

The meeting deliberated on the issues of strengthening the positioning of the SCO in the international arena. It highlighted the dynamically strengthening reputation of the SCO at the external track and issues of cooperation between the Organization and the UN and its specialized agencies. The ministers welcomed the adoption of the Resolution “Cooperation between the UN and the SCO” during the 75th session of the UN General Assembly.

The members of the Council exchanged views on expanding the SCO Dialogue Partner institution membership. They signed Ministerial Council decisions on granting this status to Saudi Arabia and Egypt to be submitted for approval by the Council of Heads of State.

The ministers approved the SCO Secretariat Report for the past year and the draft SCO Secretary General Report on the Organization’s activities for the reporting period.

At the conclusion of the meeting, the foreign ministers expressed confidence that the meeting results would make a worthy contribution to the further strengthening of good-neighborliness, friendship, cohesion, mutual trust and mutually beneficial cooperation between the SCO member states.

Speech of the Leader of the Nation, President of the Republic of Tajikistan, His Excellency Mr. Emomali Rahmon, before the members of the Armed Forces and law enforcement agencies