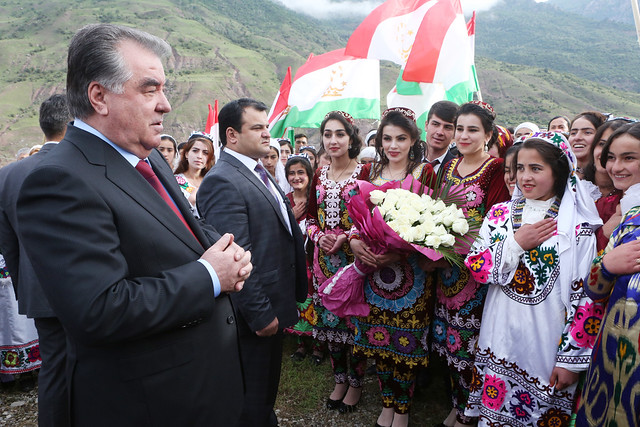 DUSHANBE, 24.06.2019. (NIAT Khovar) – Today, the Founder of Peace and National Unity, Leader of the Nation, President of Tajikistan Emomali Rahmon arrived in the Rasht Valley to take part in the festivities commemorating the 22nd anniversary of National Unity Day, to attend the opening ceremonies of various facilities, and to meet with the local community. His working trip began in the Sangvor district.

President Emomali Rahmon visited the secondary educational institution no. 1 to attended the opening ceremony of its 540-square-meter sports field, which includes within it a football, basketball and volleyball court. Four other sports fields are planned to be built in Sangvor district’s four villages.

In its administrative center, President Emomali Rahmon attended the ground breaking ceremonies for the construction of two new buildings.  One will house the office of the Executive Committee of the People Democratic Party (PDP) and another building will serve as the local office of the Department of Education and the State Committee for National Security (SCNS). The office of the Department of Education will be housed in tree story building with 12 offices and a spacious assembly hall with a 900-seat capacity.

The ceremonies led to an exhibition of agricultural goods, which was followed by the official opening ceremony of the Khingob shopping center.

Sangvor is a significant contributor to ensuring one of the strategic goals of the government of Tajikistan,- food security. Most of its residents are engaged in horticulture, growing potatoes, grains, fruits and berries. The total area used for horticulture surpasses 860 hectares.  The district also serves as one of the msin centers of apiculture, with nearly 13,000 bee colonies.

President Emomali Rahmon also attended a number of opening ceremonies, including the opening of a teahouse, a trade workshop, a hotel, and the Davlatjon shopping center, which was built by a local entrepreneur Khayrullo Davlatov, following the declaration of 2019-2021 as the Period of Development of Rural Development, Tourism and Folk Crafts.

During his visit, President Emomali Rahmon surprised 60 orphans and children from vulnerable families with presents, and held a meeting with the children. This was followed by the attendance of the opening of a 50-meter flagpole which flies the flag of Tajikistan in the administrative center of Sangvor.

Closing his tour in the Palace of Culture, President Emomali Rahmon outlined the progress made in the socio-economic development of the region and instructed the leadership of the local executive authority to utilize the available opportunities to develop and expand potato cultivation, beekeeping, medicinal herb harvesting and processing, to create new gardens, to develop other industries and to create the necessary infrastructure conducive to tourism.

Kokhi Navruz Included in the List of Eight SCO Wonders 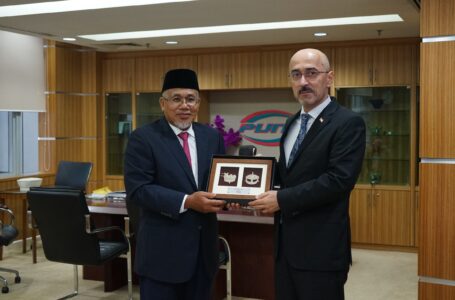 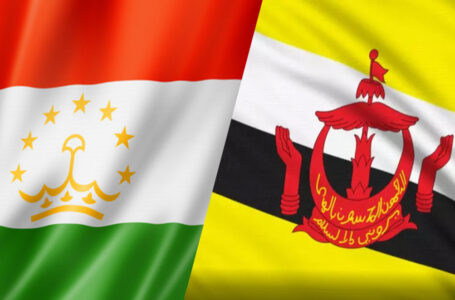