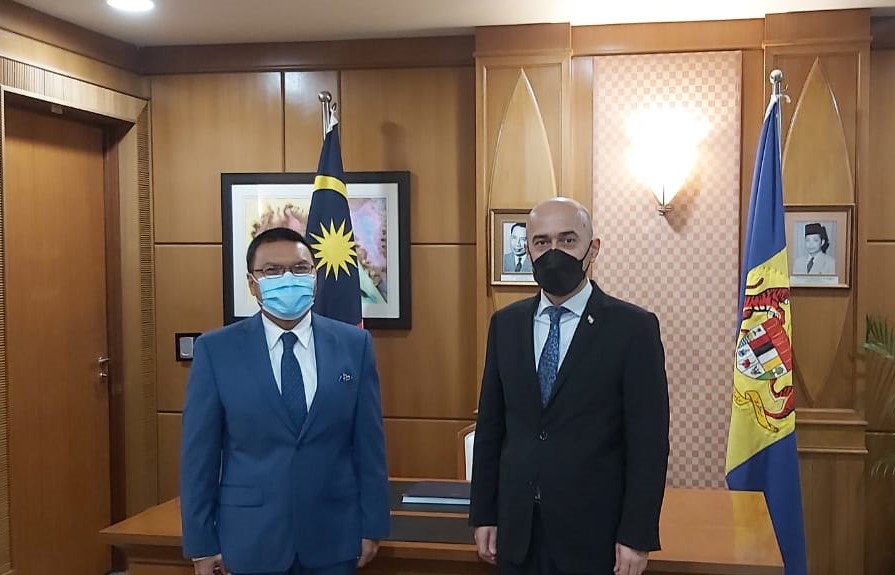 On February 09, 2022, the Ambassador of the Republic of Tajikistan to Malaysia His Excellency Ardasher Qodiri paid a visit to the Secretary General of the Ministry of Foreign Affairs of Malaysia, His Excellency Tan Sri Muhammad Shahrul Ikram Yaakob.

During the meeting, the Ambassador of the Republic of Tajikistan conveyed to the Secretary General the invitation of the Prime Minister of the Republic of Tajikistan addressed to the Prime Minister of Malaysia to participate in the Second High-level International Conference on the International Decade for Action “Water for Sustainable Development, 2018-2028”, entitled “Catalyzing Water Action and Partnership at the Local, National, Regional and Global Levels” which will be held on June 6 – 9, 2022 in Dushanbe, Tajikistan.

As well, the sides discussed the prospects for further expansion and deepening of Tajik-Malaysian relations in the political, economic, and cultural spheres. It was noted that high-level visits play a key role in raising relations between the two countries.

Meanwhile, the parties touched upon the issue related to the 30th anniversary of the establishment of diplomatic relations between Tajikistan and Malaysia, which will be celebrated this year. Both parties expressed their willingness to develop cooperation for mutual benefit and stressed the importance of joint efforts for strengthening collaboration in the future.

Courtesy call on Minister of Tourism, Arts and Culture

Meeting of Ambassador A. Qodiri with the Ambassador of the Republic of Indonesia to Malaysia