Joint event organized by Tajikistan, the Netherlands and the Office of the UN Resident Coordinator on the margins of the Asiawaters expo and forum in Malaysia 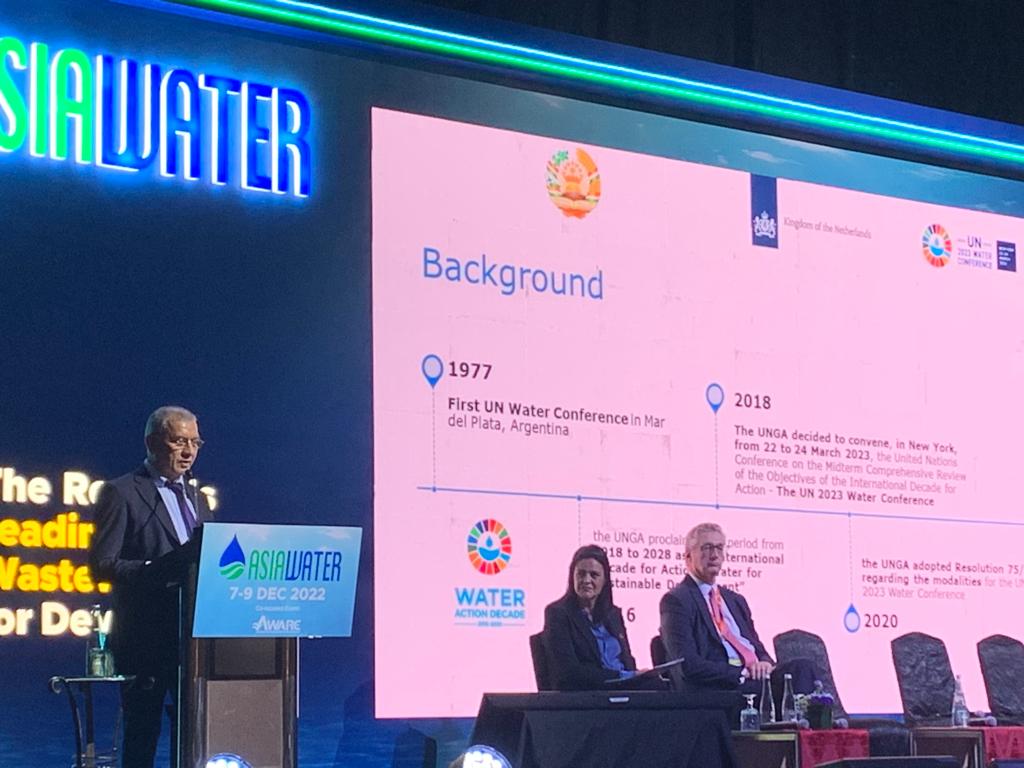 On 8 December 2022 a joint event entitled “Road towards UN Water Conference 2023” organized by Tajikistan, the Netherlands and the office of the UN Resident Coordinator in cooperation with the host country held in one of the big halls of the Kuala Lumpur Conference Center (KLCC) on the margins of the Asiawater expo and forum.

The event was aimed at briefing on the latest developments regarding UN 2023 Water Conference, encouraging and engaging more stakeholders, especially from the host country, in the Water Action process and to ensure the participation of delegations from UN Member States at the highest level at the Conference.

Ambassador of the Netherlands to Malaysia, H.E. Mr, Jaab Werner, the United Nations Resident Coordinator in Malaysia, Singapore and Brunai Darussalom, Ms. Karim Al-Kori and the representative of the Embassy of Tajikistan in Malaysia made remarks about their efforts and actions made in water resources management, commitments to address water problems on the planet as a whole.

Dutch side in his speech noted that the Prime Minister and the King of the Netherlands will travel to New York in March 2023 to participate in the UN Water Conference 2023.

The representative of the Embassy stressed during the presentation that Tajikistan’s contribution in advancing the global water agenda over the past two decades is great. On the initiative of Tajikistan, the UN General Assembly adopted 8 resolutions on water issues. Since the beginning of the third century, thousands of representatives of UN member states, regional and international organizations, academia, the private sector, women, youth, indigenous peoples, etc. gathered within the framework of the Dushanbe water process and a constructive dialogue on the issue of weather and climate took place.

Till now Tajikistan hosted more than 10 High-level conferences on water issues in Dushanbe, and the co-chairmanship of the UN 2023 Water Conference  is an evidence of Tajikistan’s contribution to solving the water problems all over the planet.

The participants were also provided with breif information about the water resources and energy potential of the country and glaciers.

More than 200 representatives of the relevant authorities of the host country, the diplomatic corps and other stakeholders took part in the event.