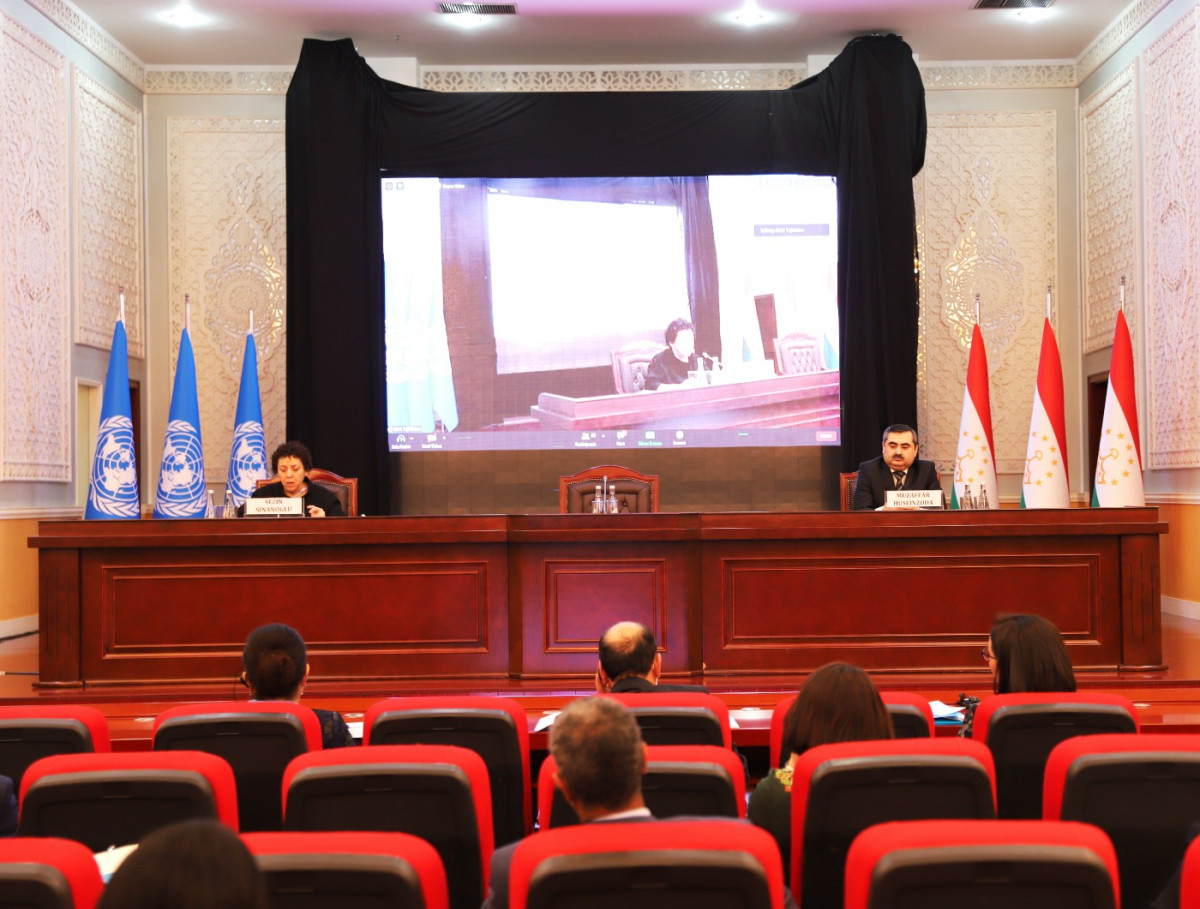 On 11 March 2021, a Comprehensive Dialogue was held in the Ministry of Foreign Affairs among the ministries and governmental agencies, and the United Nations (UN) Country Team on the UN Reform, proposed by the UN Secretary General Antonio Guterres.

Among the participants of the Comprehensive Dialogue were officials of the Executive Office of the President of the Republic of Tajikistan, Deputy Heads of the ministries and governmental agencies, experts, heads of the UN specialized agencies, members of the UN Country Team and staff of the relevant units of the Ministry of Foreign Affairs.

The Dialogue was aimed at raising awareness of governmental authorities’ representatives on the UN Reform, its goals and objectives, as well as promoting efficient cooperation between the Government of Tajikistan and the United Nations to develop an appropriate cooperation program entitled “United Nations Sustainable Development Cooperation Framework”, the implementation of which will start on January 1, 2023.

The UN Resident Coordinator in Tajikistan said in her opening remarks: “In a much divided world, the UN Reform helps us reaffirm the importance of multilateralism for peace, security and development. For us to succeed in any area of work, we need active, consistent, constructive and timely engagement and partnership from all levels of Government. The UN can only be successful in its work or the reform, if we work in sync.”

In the course of the meeting the UN Country Team experts delivered presentations and reports, and also replied to participants’ questions about main aspects of the UN Secretary General’s Reform, which in comparison with previous similar processes, is distinguished by a high level of governance and unanimous support from the UN member states.

It should be noted that the UN Reform covering the areas of development, management, peace and security is in line with the goals and objectives of the UN General Assembly (GA) resolution “Quadrennial Comprehensive Policy Review of the operational system of the UN system (QCPR-2016)” and is being implemented based on the UNGA Resolution 72/279 since 2018.

Virtual meeting of H.E Mr. Ardasher Qodiri, Ambassador of the Republic of Tajikistan to Malaysia with H.E. Mr. Wan Hadfi Lutfan Bin Hj Abdul Latif, Director of the Department of Asia-Africa of the Ministry of Foreign Affairs of Brunei Darussalam